I tried running VLC to listen an internet radio station for the first time on my new Acer Aspire One 725 today.  I plugged my headphones into the jack but I did not have any sound.  My first debug tool is to run alsamixer from the command line.  I was surprised to see the following output in alsamixer: 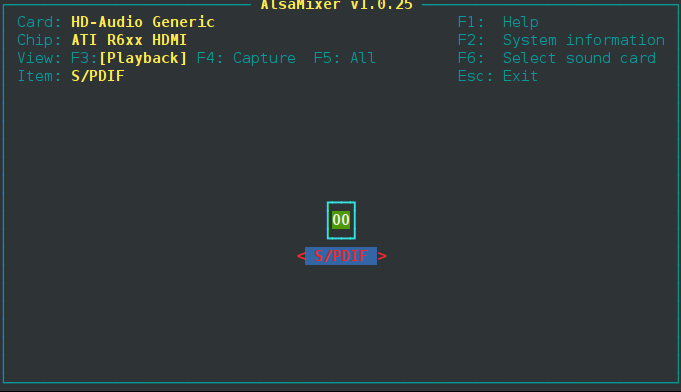 This did not look like it was going to work.  Pressing F6 showed the following devices: 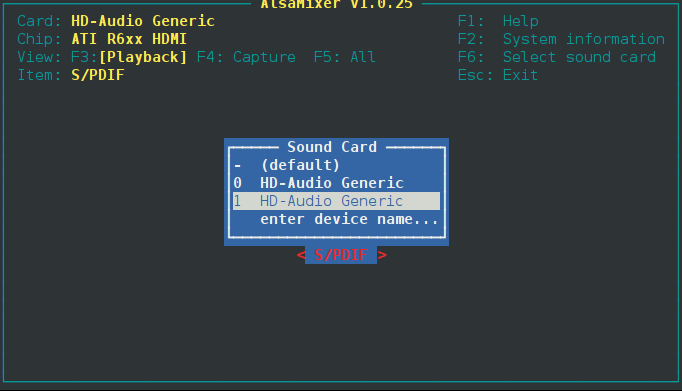 After doing some Googling, I found the aplay and lspci commands that would show the information below:


From this information I selected the second device from the F6 list in alsamixer.  The reason I chose this device was because aplay had it listed as card 1 and it was an analog device.  Here is what the initial settings in alsamixer showed for this device: 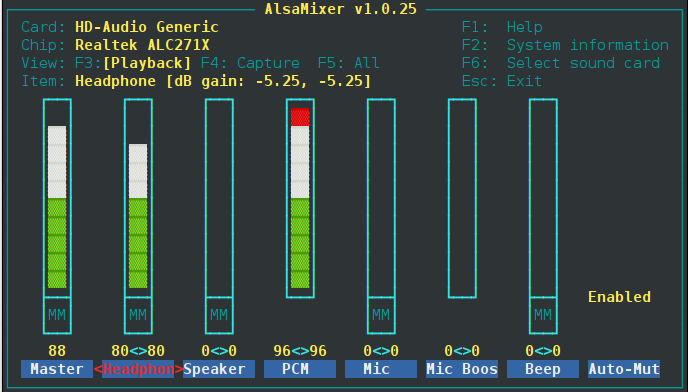 Notice that the Master and the Headphone properties have MM listed at the bottom of the volume indicators.  The MM means the property has been muted.  The tab key allows for movement between properties and pressing the M key unmutes a property and replaces with a number representing a volume level.

The following screenshot is the properties that now work on my laptop. 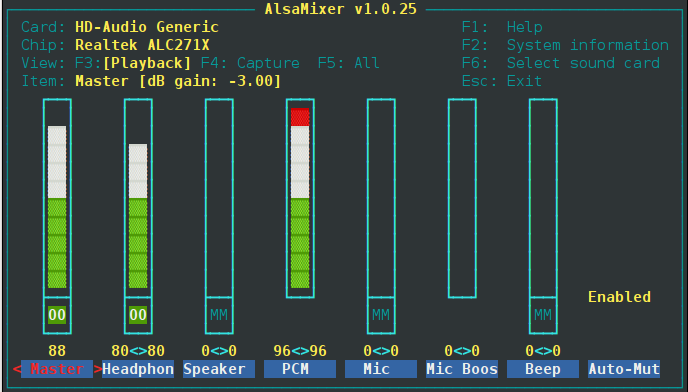 Picture of the moment 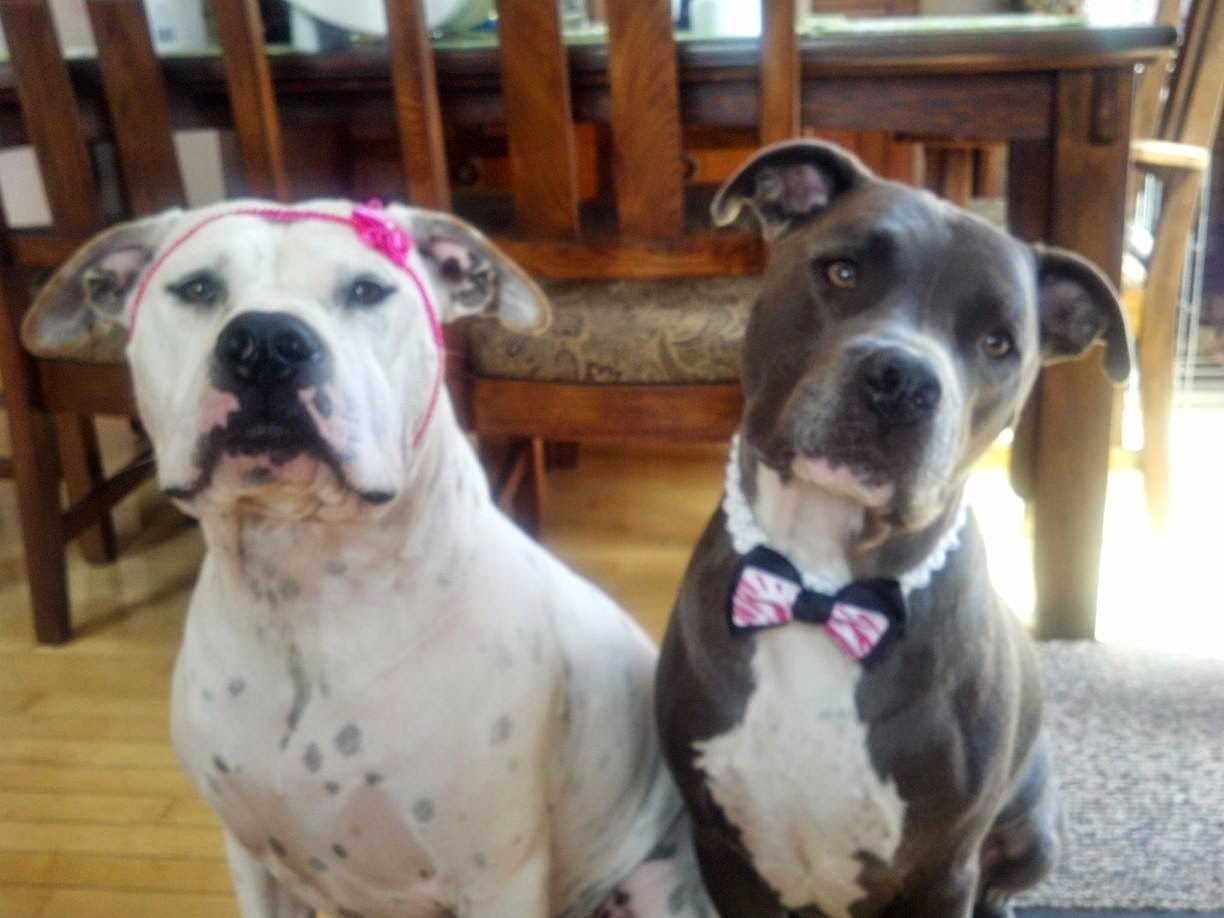